NOTICE IS HEREBY GIVEN TO ALL INTERESTED PERSONS, THAT the City of San Angelo, Texas, proposes to institute annexation proceedings to enlarge and extend boundary limits of the City to include approximately 8.401 acres South of San Angelo’s existing City limits. This proposed annexation area encompasses certain properties described as being an approximately 8.401 acre tract of land out of the Casper Berberich Survey 177, Abstract No. 52, and also being out of a 25.361 acre tract  described and recorded in Instrument No. 201616044 Official Public Records of Tom Green County, Texas. Specific description of this acreage and a map thereof are available at offices of the Planning Division for the City of San Angelo, located at 52 West College Avenue, between the hours of 8 am and 12 pm, and 1 pm and 5 pm, Monday through Friday.

A public hearing will be held by and before the City Council of the City of San Angelo, at its regular meetings on the 17th day of December, 2019.  This meeting is scheduled to begin at 8:30 am in Council Chambers (South Meeting Room) of the McNease Convention Center, 500 Rio Concho Drive; San Angelo, Texas.  At said time and place, interested persons shall have the right to appear and be heard.

By order of the City Council of the City of San Angelo, Texas on this the 19th day of November, 2019; Julia Antilley, City Clerk. 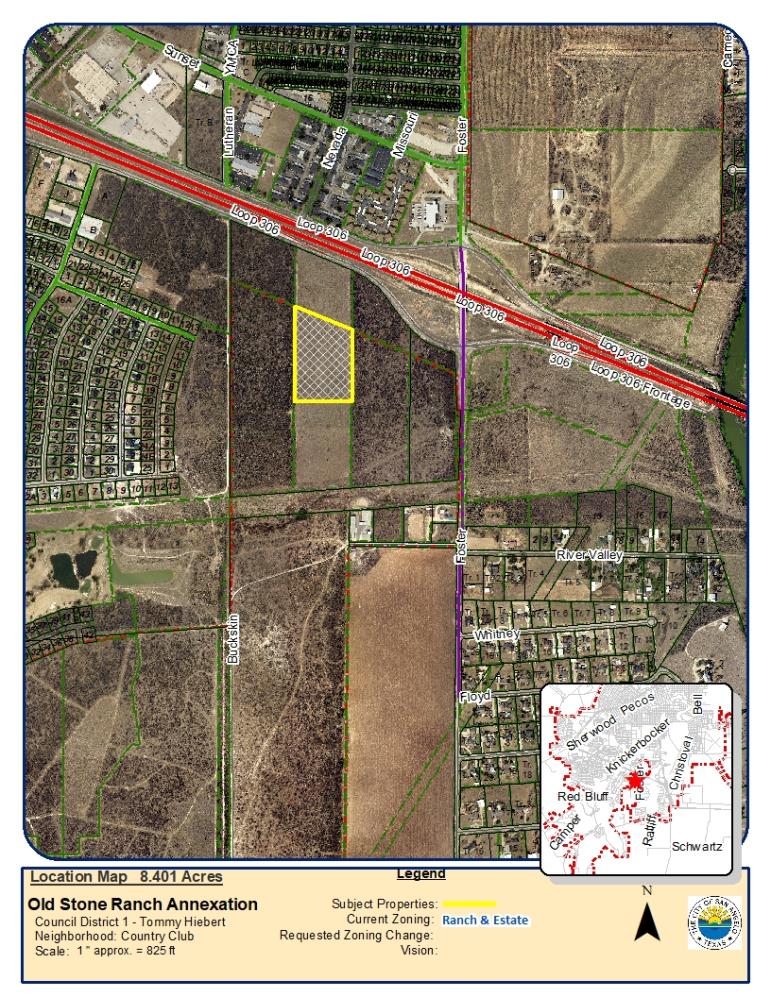