The Texas Pacifico Railroad tracks border the western side of the Rio Vista neighborhood. West Loop 306 borders the south and West Avenue N the north. In general, this neighborhood is one of San Angelo's least developed, with large tracts of vacant land. The eastern portions of this neighborhood contain opportunities for industrial development; therefore, there is a lesser degree of residential development. South Bryant Boulevard, which is characterized by a variety of low-density commercial properties, runs north and south, moving traffic to the city center northward and to West Loop 306 southward. Additionally, the South Concho River meanders from north to south in this neighborhood, eventually emptying into Lake Nasworthy to the far southwest. 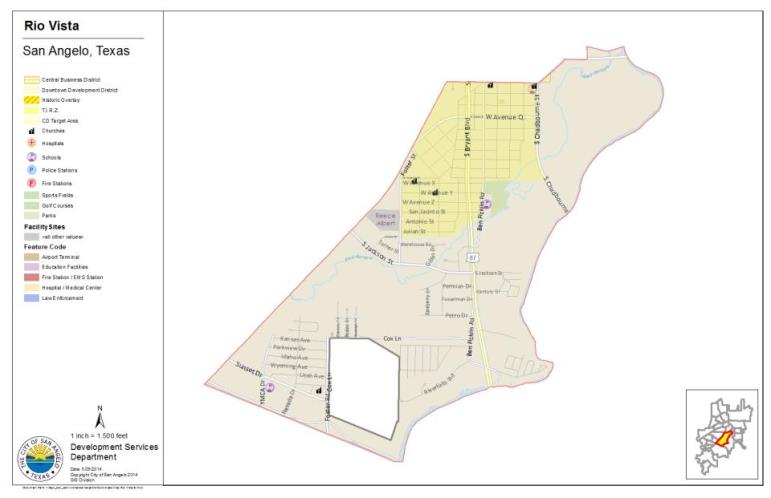