For the most up-to-date information on the coronavirus COVID-19 visit cosatx.us/COVID19. For more information about Governor Abbott's executive order on mandatory face coverings for Texans visit this link.

Goodfellow Air Force Base is San Angelo's largest employer with approximately 5,500 military and civilian employees. The facility initially opened in 1940 as the San Angelo Corps Basic Flying Training School. The base as we know it today was founded in 1947 as a pilot school for the U.S. Air Force. In the late 1970s, the base was returned to the Air Training Command. Today it offers intelligence and military firefighter training to all branches of the armed forces. Over time, as the base and its missions have grown, more permanent on-base housing has been added. 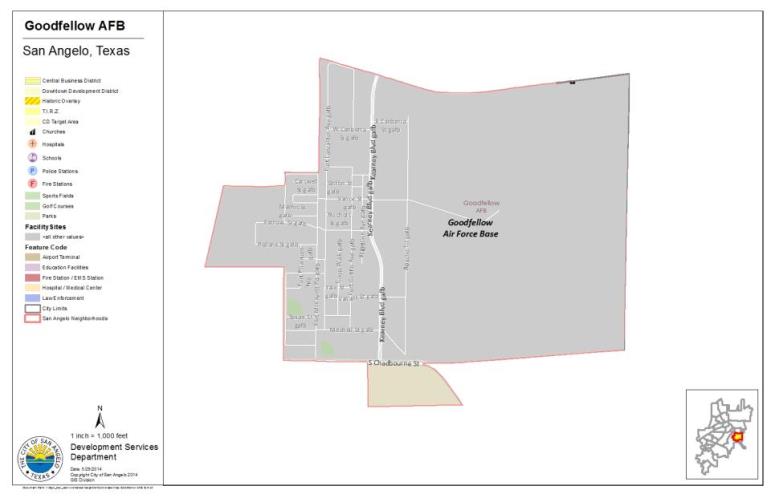