Show/Hide
COVID-19: 10 or more people may not gather together at the same time in a single confined space. This includes public gatherings, as well as private functions.This new restriction applies to restaurants and bars, with the exception of carry-out or delivery services. It also applies to events such as weddings, funerals, parties, sporting events, conferences and religious services. To read the full declaration and for the most up-to-date information regarding COVID-19 visit cosatx.us/COVID19.

The City of San Angelo animal services division exists to prevent the spread of disease from animals to humans, enforce local and state laws and increase the number of animals that leave the animal shelter alive. If you’ve been bitten by an animal, please call 325-657-4224 (or after hours 325-657-4315) to report the incident. To report a suspected animal violation, please complete this form or call 325-657-4224.

To fully realize the no kill initiative the City needed more resources.

If you have lost a pet:

Adoption fees include the cost of the spay/neuter, rabies vaccine, microchipping and City registration.

View the pets available for adoption by clicking here.

You can start the adoption process by printing and filling out an adoption application at conchovalleypaws.org.

Finding her way home... (A story from the Animal Shelter)

In late 2019, dog lover Courtney Kiser contacted us to see if her dog Lakin, a black and white border collie, had shown up at the San Angelo Animal Shelter. Ms. Kiser’s dog was a member of the family and a much loved pet. Lakin, had even participated in her humans’ engagement story by helping Mr. Kiser present his now-wife with an engagement ring. They were heartbroken that she’d somehow escaped their yard.
Unfortunately, her dog was not in residence at the shelter, but we encouraged her to post a picture on the local lost and found website www.helpmegethome.com. We also asked if Lakin was microchipped and luckily she was! City staff encouraged Ms. Kiser to contact the microchip company to let them know the dog was missing and make sure they had her current contact information. Sometimes, pet owners move or change phone numbers over the life of the pet, so it’s a good idea to check with your microchip company regularly to confirm they have accurate data. The San Angelo Animal Shelter can assist you with this as can any vet clinic in San Angelo.
Months went by with no word on Lakin’s whereabouts. But one day in mid-January, the Kiser’s got a hit! Lakin arrived at the San Angelo animal shelter a few minutes before 5 p.m. as a citizen found her wandering at Twin Buttes Reservoir. We first scanned her for a microchip, as we do with every animal that arrives at the shelter, and got the good news. We then contacted Ms. Kiser immediately, who was soon in tears with the happy news. Ms. Kiser rushed to the animal shelter before closing time and these pictures tell the story best of the happy reunion. 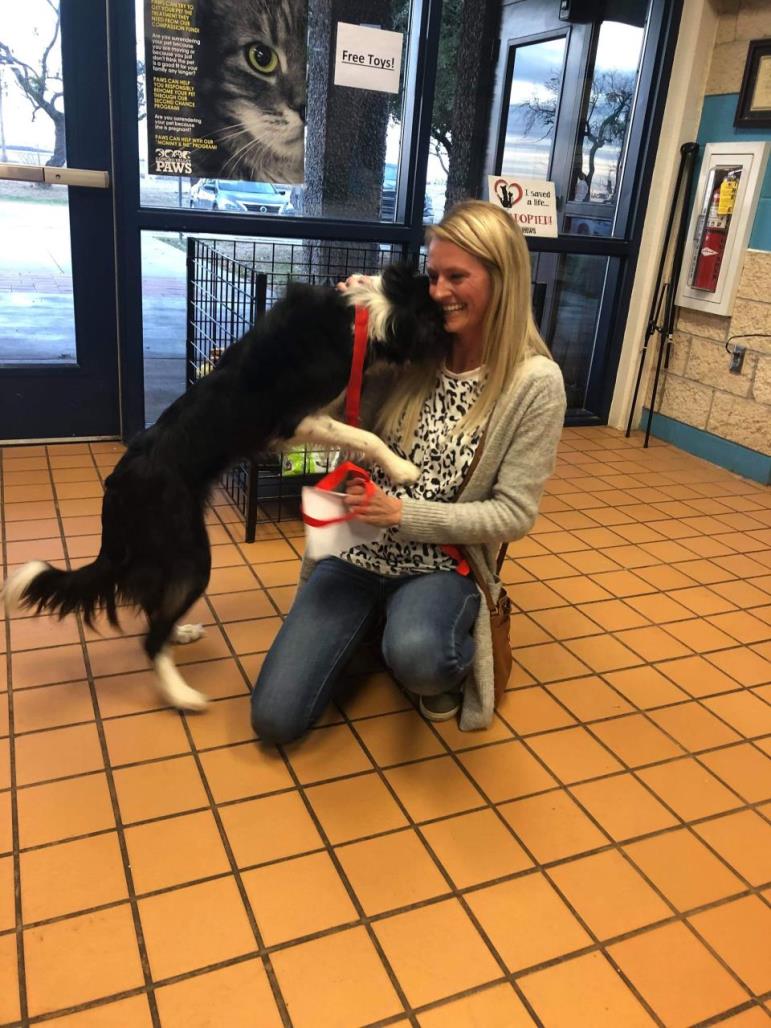 We thank responsible pet parents like the Kiser’s and encourage everyone to microchip their pets now. It’s of course required for residents of San Angelo and is offered for $13 at the San Angelo Animal Shelter Monday-Friday 10 a.m.-6 p.m.
Morgan Chegwidden is the Assistant Director of Neighborhood and Family Services for the City of San Angelo. Contact her at (325) 657-4224 or morgan.chegwidden@cosatx.us.

Schedule of fees and charges